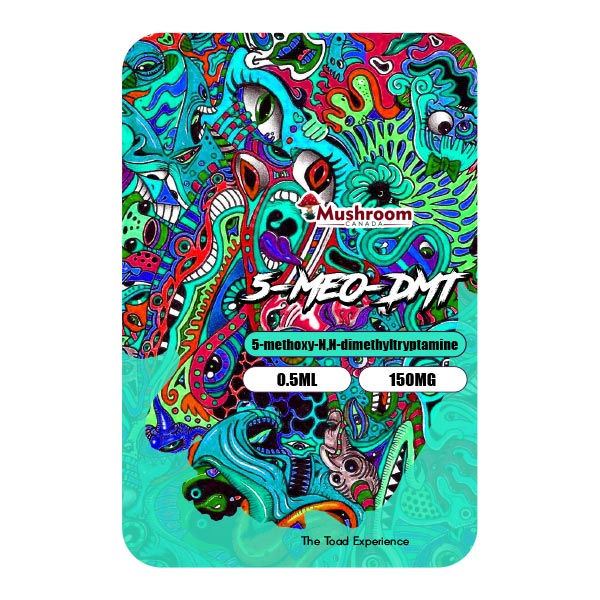 It’s fast-acting, short-duration — sometimes lasting as briefly as seven minutes — and is a rocket-ship ride into the center of the cosmos. In a recent European study, after one single use, the substance 5-MeO-DMT was shown to produce sustained enhancement of satisfaction with life, and easing of anxiety, depression and post-traumatic stress disorder (PTSD).

When former heavyweight boxing champion Mike Tyson first tried 5-MeO-DMT — also called “the toad” — he said it knocked him off his feet, profoundly changing his life. “I came across this thing called the toad. I smoked this medicine, drug, whatever you want to call it, and I’ve never been the same,” Tyson said on the Joe Rogan Experience podcast last year, viewed by nearly 10 million people. “I look at life differently, I look at people differently. It’s almost like dying and being reborn… It’s inconceivable. I tried to explain it to some people, to my wife, I don’t have the words to explain it. It’s almost like you’re dying, you’re submissive, you’re humble, you’re vulnerable — but you’re invincible still in all.”

5-MeO-DMT is one of the most potent psychedelics you can consume, and the experience can be intense and powerful—in both positive and negative ways. Though everyone will undergo a unique and individual experience, there are some general things you can expect.

5-MeO-DMT has been used as a healing agent by South American shamans for thousands of years, partially due to its ability to occasion mystical-type experiences. While research into the drug is still limited, recent studies are backing up these ancient claims.

The benefits of 5-MeO-DMT have also proven to be enduring—in a recent preliminary study,[76] 42 participants who took 5-MeO-DMT reported an increase in levels of life satisfaction and mindfulness as well as lower levels of depression and anxiety. The effects persisted for four weeks after the initial experience when a follow-up assessment was completed.

One of the unique aspects of 5-MeO-DMT is the short duration of the experience compared to more common psychedelics, such as LSD and psilocybin. While research has shown that psychedelic-assisted psychotherapy can help people with a variety of psychological disorders, these sessions often require a 7 to 8-hour session. Because 5-MeO-DMT is short-acting and lasts just 30-90 minutes, it shows promise as an accompaniment to therapy sessions, which are typically 60 to 90 minutes.