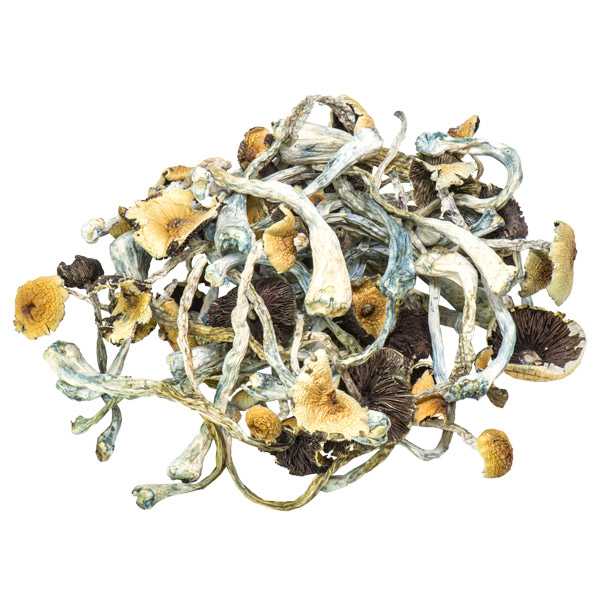 Golden Teacher magic mushrooms were first classified in the 1980’s but the specifics of its discovery are shrouded in mystery. Golden Teacher mushrooms are medium to large size fruiting bodies, with bell shaped orangish brown caps that often have a distinct whitish yellow speckling. Its thick white stipe (stem/stalk) often thickens towards the base Its experience include a mix of mental and bodily effects. Its also known for often eliciting spiritual or mystical experiences.