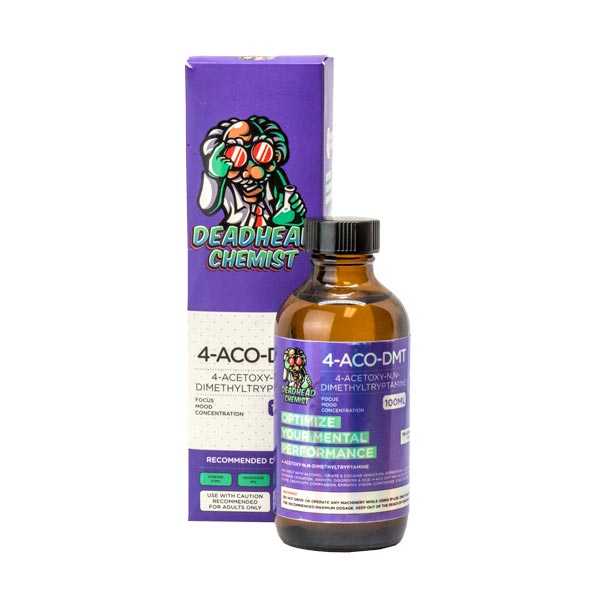 Many Benefits Come With The Consumption Of The DMT Microdose 4-ACO-Microdosing/4-Acetoxy-N,N-Dimethyltryptamine (Psilacetin Or 4-AcO-DMT) And These Include:

With microdose of DMT users will find an increase in focus, decrease in anxiety, or easier access to flow states

So What Exactly Is 4-ACO-DMT?

DMT, which is scientifically known as N,N-Dimethyltryptamineis is a psychoactive chemical substance that is found naturally in some plants and animals. It can even be found in the human brain, so we are somewhat already exposed to this chemical substance. It is used by some cultures, for ritual purposes, to alter the state of their consciousness and mood. People like the Amazonians sometimes used DMT found in ayahuasca to undergo this psychedelic experience. DMT was developed by the same man who discovered LSD, Mr. Albert Hofmann, as well as Franz Troxler. They discovered DMT with Sandoz Limited who did the honor of patenting the drug in 1963.

There are several different ways that people ingest DMT with a lot of people ingesting it while it is still in its crystal form. Some people prefer to smoke it out of a pipe or a bong or even inject it. Smoking it or injecting both create a very powerful yet short trip, and it is believed to be one of the most potent hallucinogenic experiences that you could go through.

Of the many “grey market” research chemicals out there, 4-AcO-DMT is probably among the safest. 4-AcO-DMT is a synthetic psychedelic tryptamine with close structural similarities to the “magic mushroom” molecules psilocybin and psilocin.

Many Benefits Come With The Consumption Of The DMT Microdose 4-ACO-Microdosing/4-Acetoxy-N,N-Dimethyltryptamine (Psilacetin Or 4-AcO-DMT) And These Include:

With microdose of DMT users will find an increase in focus, decrease in anxiety, or easier access to flow states

How To Microdose With 4-ACO-DMT

4-ACO-DMT is usually sold in a crystallized or powdered form so it can easily be ingested through orally as well as through many other different measures. But the most preferred and simplest way to take the substance is orally, even though it doesn’t have the best taste.

When you are measuring the dose that you want to consume you must remember that adding or taking away a few milligrams from the substance can change your experience completely. According to scientific analysis and reports, the best and most efficient volume of microdoses that you take should be between 0.5mg and 5mg. Though you should stick to the lighter volumes if you are just beginning to take DMT, as something as high as 5mg might be very difficult for some people to deal with. As a beginner, you could start with 1mg and then apply what you experienced to subsequent measurements. Although, because most scales that are available to people are not perfectly accurate at measuring such tiny amounts, then you should use the method of volumetric microdosing to be sure of the amount you are consuming.