The Future of edible magic mushrooms

Magic mushrooms were originally prohibited in many countries of the world after it was discovered and studied by researchers. There was so much that was unknown about it and it was considered risky as the full extent of its effects were not well understood. Psilocybin, the active ingredient, was a strange thing and it seemed as if nothing good could ever come out of it. This point was somewhat proven when its wild hallucinogenic effects were observed. 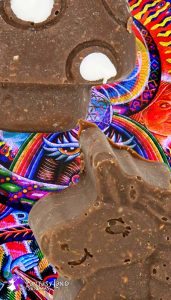 Then, people were unable to see the bright side of things. True, it is a fundamental rule that everything has its own pros and cons. As time progressed, some researchers took a deep interest in shrooms which led to the conduction of tests on patients which unveiled other relevant functions of magic mushrooms to mental health.

This decision by the Canadian government put quite the pressure on other countries. The United States of America has financed extensive research to discover how useful psychedelic substances will be to their health sector. The United States Food and Drugs Administration signed the “breakthrough therapy” which gives researchers the privilege to test the effects of the psilocybin on human subjects.
Conclusion:

There are various categories of shroom products in Canada for easy consumption. The categories include shroom edibles, shroom capsules, shroom tea, etc. You can buy magic mushrooms online at Fantasy shrooms. You can buy shrooms online in Canada and get then magic mushrooms delivered right to your doorstep. You may need to present a medical report that will prompt the seller to sell to you. This is used to primarily filter out those that its users might not be beneficial to their health. The number of shroom users is expected to triple in the coming years as more and more countries adopt their usage as treatment options.