Why Taking Psychedelics While On Antidepressants Could Make Treatment Ineffective

Just as cannabis legalization helped to reduce the suffering of people during the widespread AIDS. The same way medical professionals have found a way around solving the problem of depression and other mental health conditions, using the psilocybin content present in magical mushrooms.

For medical acceptance, shrooms have undergone various clinical trials. The presentation of psilocybin as a mild cure of PTSD and there is an evolving movement of individuals who also believed that LSD Micro-Dosing will boost their productivity and mood. As much as magic mushrooms are beneficial it poses a threat to the overall health of patients who are diagnosed with depression. The problem is not with shrooms themselves but the fact that most of these patients are on antidepressant medications. Though it is relatively easy to buy shrooms in Canada, every vendor knows that it may not be safe to use shrooms alongside other psychoactive drugs such as antidepressants.

However, there is comparative research on the effect of LSD, DMT, Psilocybin, Ayahuasca, on users of Selective Serotonin Reuptake Inhibitors (SSRIs). It is possible that a large number of people that should benefit from Psychedelic -Assisted Psychotherapy may not be opportune because those patients might be past SSRIs users.

Psychiatrists believe that we can’t cross that line until there is a proven answer to the question of whether it is suitable for psilocybin to be administered to patients on antidepressants. It sucks a lot to think that those who really need it are being deprived of it. Large data research reviewed how the potency of psychedelic-assisted therapy can be affected by the use of antidepressants.

The following shows the effects of antidepressant on a psychedelic – assisted treatments:

The effect of SSRIs on Magic Mushroom: 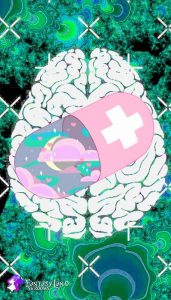 It has been affirmed that patients on SSRIs therapy will react coarsely to psilocybin. Dr. Holland suggested that any person with a previous record of using SSRIs could experience a potential inhibition of the effectiveness of the psychedelic-assisted treatment. However, not every doctor or psychiatrist subscribes to what Dr. Holland said. Some think it is possible that the potency of the SSRIs aren’t tampered with, regardless of the administration of psilocybin on the same patient. The John Hopkins researchers on the matter of psilocybin and SSRIs believed there is

no significant difference before and after the use of psilocybin.

The extensive studies on the effect of psilocybin on patients treating depression with antidepressants have not reached a finalized conclusion. Hence, it is still not recommended for patients on antidepressants to use magic mushrooms. This sets an eligibility standard for those that want to buy shrooms in Canada. Buy magic mushrooms online on Fantasy shrooms website and get it delivered to your doorstep anywhere you are.